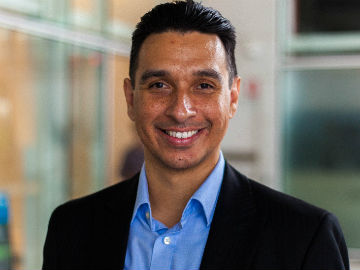 With over 18 years’ experience within the Australian and Asian sector under his belt, Ricardo specialises in recruiting Executive, Leadership and Sales roles to our clients internationally. He has worked in various private sectors including Information Technology, Mining, Oil & Gas, Construction, Pharmaceutical, Banking and Finance and public sectors including state and local government.

After starting early in his career as an employee of one of Australia’s largest energy providers, Ricardo moved to Japan and started working for the Japanese Government. After a number of invaluable years, he was headhunted by a Tokyo based American/Japanese firm which lead to him consulting to a handful of government departments such as Education and Training,  Tokyo Metropolitan Police Department, Japan Self Defence Force, and private companies such as ANA (All Nippon Airways) and Fujitsu.

On his return home, Ricardo worked effectively and successfully as an IT recruiter representing one of the largest IT consulting firms in Australia. After numerous successes, he became even more intrigued in the psychology behind the recruitment of successful people. Having already obtained a Bachelor of Languages and Applied Linguistics and a Graduate Diploma in Training, Ricardo has continued to acquire qualifications in Neuro-Linguistic Programming, solution selling and has extended his study to include Emotional Intelligence.

With his vast experience in psychological based recruitment and resourcing, Ricardo has developed a unique recruitment process, coupled with sales and emotional intelligence assessments, delivering outstanding results.

BACK TO OUR TEAM